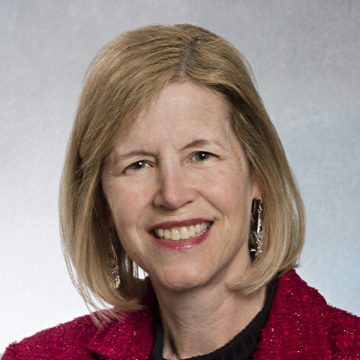 Dr. Manson is the Chief of the Division of Preventive Medicine at Brigham and Women’s Hospital (BWH), Professor of Medicine and the Michael and Lee Bell Professor of Women’s Health at Harvard Medical School, and Professor in the Department of Epidemiology, Harvard T.H. Chan School of Public Health. Dr. Manson is a physician epidemiologist, endocrinologist, and Principal Investigator of several research studies, including the Women’s Health Initiative Clinical Center In Boston (PI since study inception in 1993); the cardiovascular component of the Harvard Nurses’ Health Study (PI for 20 years), the VITamin D and OmegA-3 TriaL (VITAL; PI with Dr. J. Buring since study inception in 2009); and the COcoa Supplement and Multivitamin Outcomes Study (COSMOS, PI with Dr. H. Sesso since 2014). Her primary research interests include randomized clinical prevention trials of nutritional and lifestyle factors related to heart disease, diabetes, and other age-related disorders and the role of endogenous and exogenous estrogens as determinants of chronic disease. Other major interests include the role of vitamin D, omega-3s, and folate in the prevention of CVD, diabetes, and cancer and the role of metabolomics, genomics, and other biomarkers in predicting these outcomes. Dr. Manson has received numerous honors, including the American Heart Association’s (AHA) Population Research Prize, the AHA’s Distinguished Scientist Award, The AHA’s Ancel Key’s Lectureship Award, election to the Institute of Medicine of the National Academies (National Academy of Medicine), membership in the Association of American Physicians (AAP), fellowship in AAAS, the Woman in Science Award from the American Medical Women’s Association, the Bernadine Healy Award for Visionary Leadership in Women’s Health, and the Massachusetts Medical Society awards in both Public Health and Women’s Health Research. She served as the 2011-2012 President of the North American Menopause Society. Dr. Manson has published more than 1,200 articles and is the author or editor of several books and textbooks. In her role as Scientific Advisor for the Connors Center, Dr. Manson brings depth and breadth of knowledge and experience in women’s health research, advocacy and leadership.